Warning: Use of undefined constant REQUEST_URI - assumed 'REQUEST_URI' (this will throw an Error in a future version of PHP) in /homepages/35/d369277907/htdocs/clickandbuilds/ExploreMySriLanka/wp-content/themes/sparkling/functions.php on line 73
 Negombo Attractions | Explore My Sri Lanka Skip to main content 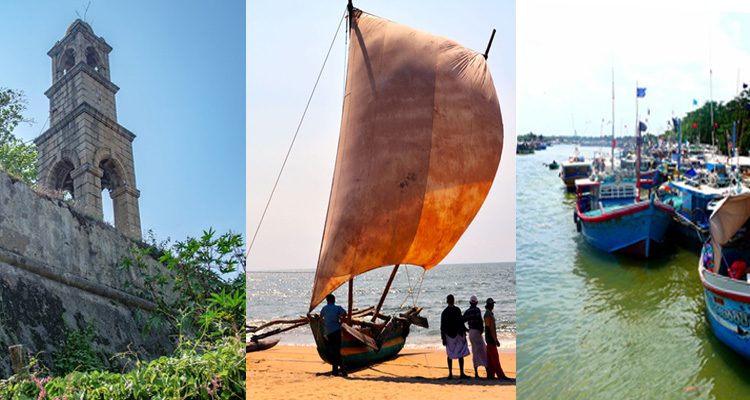 The west coast of Sri Lanka, and draws tourists who stop over for a day on their way to or from the airport. Some quiet stretches of the beach are maintained by the tourist hotels, while others are always busy with fisherman and their equipment. Water-sports and diving are also extremely popular among visitors, with a few well preserved coral reefs and a 50 year old shipwreck (Kudapaduwa) that serves as an artificial reef for many varieties of fish. There are also local handicraft sales on the beaches and the shops near the town.

Main attractions in Negombo are old church buildings and fisheries port. Due to its significant Catholic population, Negombo is dominated by shrines and picturesque churches. The biggest and impressive church built in 1874 is candy-colored St Mary’s, church which is famous for its amazing ceiling paintings.

Boating in the Muthurajawela Marsh

About 15km south of Negombo lies a large tract of land set aside partly for wildlife, partly for humans and industry. The marsh is in the part set aside for wildlife; it’s mostly a huge, shallow lake with inlets and islands. It links the river and the sea, making the water brackish and the birdlife abundant. Up the river a bit are mangrove forests, home to monkeys and estuary crocodiles. You can only get around by boat.

You can take a 2-3 hour wildlife-viewing boat tour (complete with animal spotter) from the Muthurajawela Visitor Centre, located down a stretch of Dutch Canal. Their boats carry about 12 people, and have louder-than-optimal motors. Also at the centre is a tiny “museum,” and an interesting, if unfocused, video introduction to the area. I went with a guide, which may have increased the cost (Rs2000). The admission price goes to supporting the conservation efforts.

The Portuguese fort that stood where the current Negombo Fort is situated was mostly destroyed by cannon during the Dutch siege in 1644. The Dutch fort was built on its ruins, not on the usual square pattern, but on a pentagonal one, though it had only four bulwarks. The fifth one was never built. The fort was located on a narrow strip of land between a lagoon and an inlet of the sea.